Another One Bites the Dust: Lindsey Wixson Retires 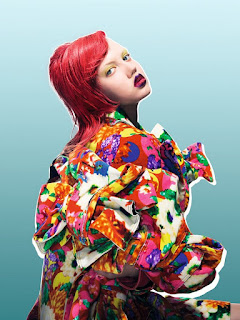 Fashions favourite gap-toothed model; with her signature bubble lips, has enthralled the fashion elite for many years due to her flawless walk and impeccable ability to capture a beautiful moment on camera. A moment that demarcated her apart from all the other budding models; this moment is something that has made her an icon in the industry. However sadly she's waving au revoir to the catwalk.

Lindsey Wixson has become a sine qua non for fashion weeks, being adored by top fashion designers. Her Quintessential American Charm and conspicuous beauty has propelled her into fashion heights only one could blissfully dream of.


Discovered at 15-years-old, Lindsey was hand-selected by the legendary photographer, Steven Meisel, for an editorial in Vogue Italia. Her unique look was then quickly noticed by Miuccia Prada, whom used Lindsey as an exclusive for both Prada and Miu Miu for many seasons.


The American beauty served up a euphonic buffet of major campaigns throughout her career including: Dior, Chanel, Miu Miu and Versace. Lindsey has also booked covers for titles including Purple, I-D and CR fashion book; her fashion resume looks extremely impressive. But after reaching catastrophic heights in the fashion industry at only 23-years-old, she has recently revealed via Instagram that she will be sadly retiring from the business, due to a painful foot injury, therefore focusing on the Pottery and Interior industry.
"To all my fashion fans, I am sad to inform you that my injury has put me in a position to retire from this high heel business," Wixson stated. 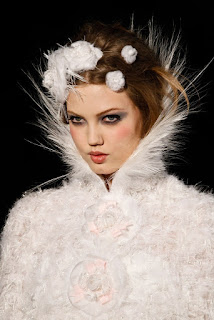 So as another fashion favourite hangs up her towering heels and leaves the cut-throat and glamorous industry, take a look back at the other iconic supermodels that indefinitely left their mark in fashion and retired.
Gemma Ward
When you think of 00s models, Gemma Ward quickly springs to mind. A face that transports you to another realm, Gemma could be seen as a fashion enigma. The Australian model knew how to capture a beautiful image, whether that was for shooting campaigns for Galliano, or being the youngest model on the cover of American Vogue at the age of 16.
Her stare transfixed you, with ambiguity behind her intense, juvenile stare. The leader of the baby-doll faced era; think Heather Marks, Vlada Roslyakova and Lily Cole.
Gemma's agent officially announced her retiring from the industry after her notable absence in 2009. The Australian beauty chose to focus on her acting career, staring in roles including The Black Balloon and Pirates of the Caribbean: On Stranger Tides.
With a brief return in 2014; walking exclusively for Prada and shooting their campaign, the model failed to reach the fashion heights she once had. 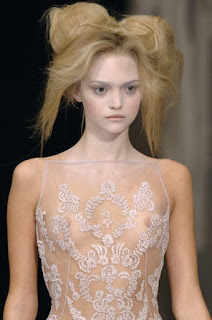 Agyness Deyn
Quirky, cool and effortlessly cool. Androgynous beauty, Agyness Deyn, made an entire career from her sexual ambiguity and her edgy, peroxide pixie-cut. The British model was featured on Vogue covers around the world, and was a favourite for British fashion label, Burberry.
However after all her success, Agyness revealed in 2012 that she had retired from modelling in an interview with The Independent.
"I suppose I have stopped modelling officially. I've not done any for a good long while now. I think it was about four years ago when my feelings were changing towards the industry. I didn't hate it, but I was yearning to do something different. I was on a gradient. It was a gradual thing."
Since retiring, she has dabbled in music, starred in Clash of the Titans, appeared in the West End and most recently been filming, 'Hard Sun', a pre-apocalyptic crime drama for the BBC. 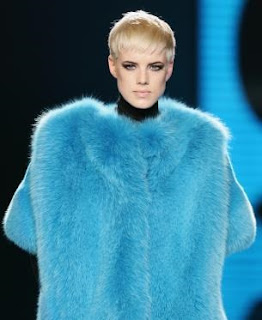 Julia Nobis
In the seven years that Julia made her fashion debut on the runway for an exclusive for Calvin Klein, she's quickly grew as one of fashions favourites runway girls and became instantly emblematic of the era, due to her beguiling look and fierce walk.
Her fashion tenure has been extremely impressive, after being fully embraced by fashion bigwigs like Raf Simons, Karl Lagerfeld and Phoebe Philo, she went onto walk for every major fashion house and landed prestigious campaigns including Celine, Louis Vuitton, Givenchy and Prada.
Australian native Julia has impressively juggled her fashion career whilst studying for a degree in medicine, with dreams of becoming an ER doctor.
The fashion industry was never at the forefront of Julia's mind, previously stating, "Modelling was never my end goal."
In 2017 it was reported that Julia had decided to end her successful career in fashion and focus on her career as an ER doctor. 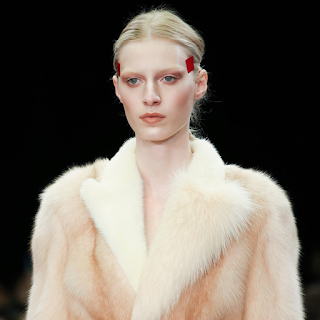